Seoul, officially the Seoul Special City, is the capital and largest metropolis of South Korea. Seoul is the business and cultural hub of South Korea. With major technology hubs centered in Gangnam and Digital Media City, the Seoul Capital Area is home to the headquarters of 15 Fortune Global 500 companies, including Samsung, LG, and Hyundai. Ranked seventh in the Global Power City Index and Global Financial Centres Index, the metropolis exerts a major influence in global affairs as one of the five leading hosts of global conferences. Seoul has hosted the 1986 Asian Games, 1988 Summer Olympics, 2002 FIFA World Cup, and more recently the 2010 G-20 Seoul summit. 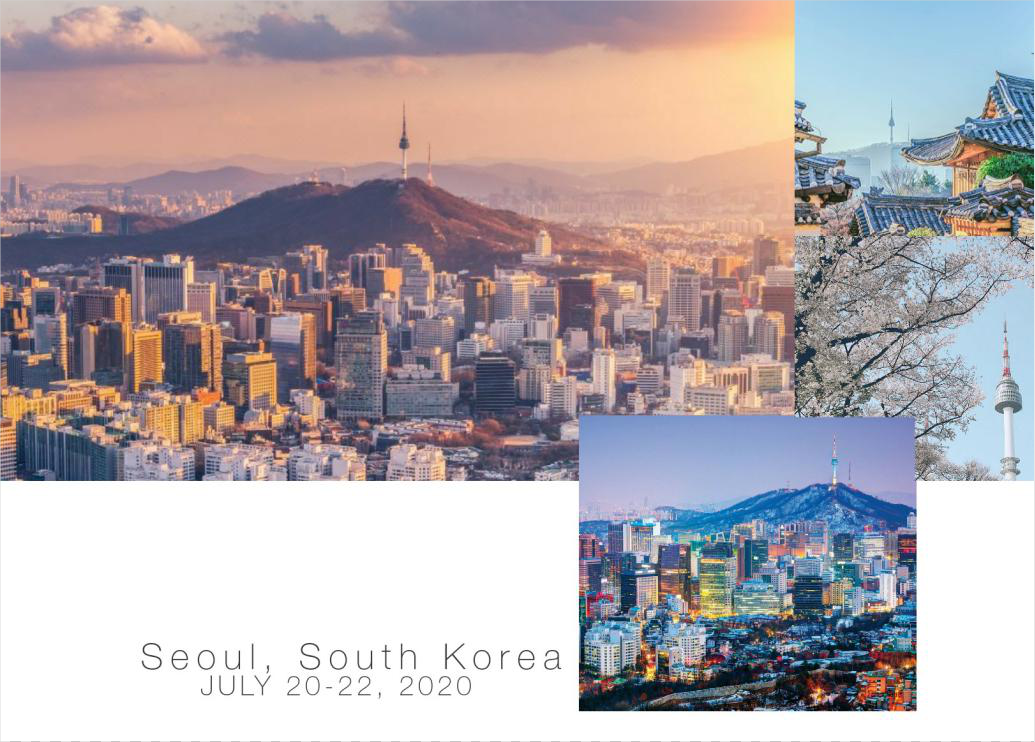 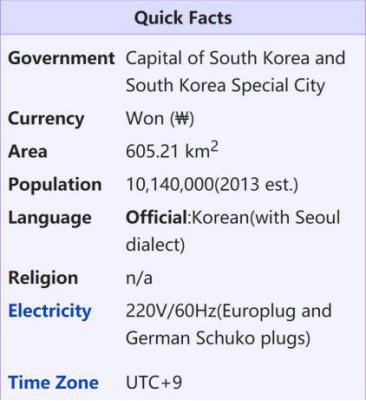 Visitors entering the Republic of Korea (ROK) must hold a valid passport and visa to enter the country. Nationals of visa waiver or visa-free countries may enter the country without a visa for tourism purposes only. For any other purposes, such as employment or education, proper visas are required. Nationals of non-visa waiver countries must apply for visas at the nearest Korean embassy or consulate prior to entering the ROK.

※Countries that are granted visa-free entry for general passport holders. Nationals of the following countries are allowed to enter and stay in ROK for up to 30 days of visa-free sojourn for tourism or visitation.

> List of countries under the Visa Waiver Program (as of Feb. 2007)

Weather & What To Wear

Note to heat waves! Throughout the July it should prepare for the heat wave with scorchingweather and average temperature above 31℃. Do not stay in the sun too long! Usually fifth week is the hottest in July. Make sure you remember that may occur Rain and Thunderstorm.

Travelers should wear the sunblock to protect the skins while stay outdoor.

Travelers can bring umbrella, rain wear, water proof handbag, rain boots or can buy it in Korea if necessary.

There are two airports that serve Seoul. Upon opening in March 2001, Incheon International Airport on Yeongjong island in Incheon changed the role of Gimpo Airport significantly. Incheon is now responsible for almost all international flights, while Gimpo serves only domestic flights with the exception of flights to Haneda Airport in Tokyo. Meanwhile, Incheon International Airport has become, along with Hong Kong and Singapore, a major transportation centre for East Asia. Incheon and Gimpo are linked to Seoul by highways, and Gimpo is also linked by subway (line #5). The Incheon International Airport Railroad airport express (or AREX, and styled as A'REX) station is located in the Transport Centre adjacent to the main terminal building and provides high-speed services to Gimpo Airport and Seoul station.

Navigating through bus systems in a foreign city always seems daunting at first, but figuring out Seoul city buses is relatively simple. For one, they’re color-coded by the type of destination. For example, blue buses travel on major roads for long distances; green buses go between major transfer points like subway stations. Each stop has a screen that displays the bus numbers and the minutes until the next bus arrives, and information is generally written in English and Korean.

Seoul has 21 subway lines that interlink every district of the city with one another and with the surrounding area. The majority of the population now uses the public transportation system due to its convenience and low cost. With more than 8 million passengers a day, Seoul has one of the busiest subway systems in the world. 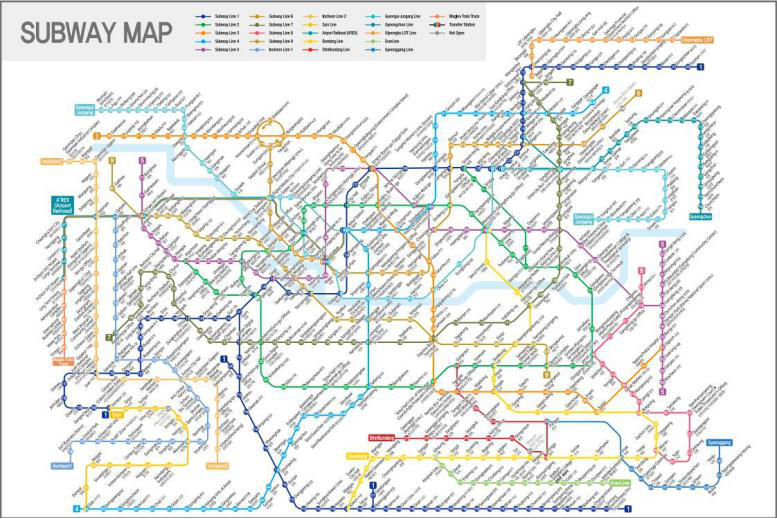 Regular and Black/Deluxe are the two main types of taxis in Seoul, and both use meters. The starting fare for regular taxis is 3,800 won ($3.20) and covers the first two kilometers of the trip, with 100 won being added for each additional 132 meters. Black/Deluxe taxi fares start at 6,500 won ($5.48) for the first three kilometers and an additional 200 won every 151 meters. The main difference other than the price is that Black/Deluxe taxis are generally just a nicer model of car than regular taxis.

Seoul is connected to every major city in South Korea by railroad. Seoul is also linked to most major Korean cities by the KTX bullet train which features a normal operation speed of more than 300 km/h, making commuting between cities extremely convenient for commuters and tourists.